When you book with an account, you will be able to track your payment status, track the confirmation and you can also rate the tour after you finished the tour.
Sign Up
7909

From Athens to Zagori via Olympus and Meteora! One of the most complete, outstanding, and well-rounded adventure tours in Greece.

Our “From A to Z Greece Mainland Tour” starts from Athens, cradle of Western civilization and birthplace of democracy. During the first two days we will visit the main archaeological sites (Acropolis, Acropolis museum, etc), walk in the alleys of Plaka (the oldest neighborhood in Athens) and explore the “ancient hills of Athens” (Areopagus, Filopappou, Pnyx and hill of the Muses).

Next stop, Olympus Mountain! According to Greek mythology, Olympus was the dwelling of the Olympian Gods, and it was created after the Titanomachy, a battle during which the Olympians defeated the Titans. Its peak, “Mytikas”, was then called Pantheon, a venue where all the fiery discussions among the deities took place.

The area of Meteora, which means “suspended in the air”, is our next destination. Meteora are the world-famous stunning rock pillars that rise impressively up to 500 meters in height. One marvels at the audacity of the monks who first dared to build their monasteries, six hundred years ago, on the top of these rocks, a stupendous synthesis of nature and man. The North-West corner of Greece is known for its dramatic terrain of mountains, gorges, rivers, and remote settlements. It is the country’s most mountainous region, blessed with a lush and soaring landscape.

We will enter the Epirus region with its glorious Vikos Gorge further north. A national park filled with forests, waterfalls, and ice-cold mountain lakes, surrounded by the stone villages of Zagorohoria. Forty-six villages with clear geographic boundaries and definite historical and cultural characteristics reveal why Zagori has been kept a secret from the rest of the world for so long.

Moderate. The Olympus section can be considered as moderate to strenuous.

Although the paths are quite well-kept the terrain in Greece tends to be very stony and rocky, especially during the Vikos gorge-walking. You will mostly be walking on unsurfaced tracks, footpaths, mountain trails and on some tarmac roads. You should also be prepared for some steep ascents/descents and some scrambling on Olympus.

A good level of fitness and experience is required. Cycling, walking/running and a daily stretching regimen are all great ways to prepare for this type of adventure. Participants should be comfortable in water and able to swim. The guide reserves the right to make the final decision if we climb the final peak on Mount Olympus or not.

Upon arrival, settle into your accommodation. In the afternoon we meet for an introductory talk and after a walk around Plaka, the oldest neighborhood of Athens, and enjoy our first dinner together in a traditional restaurant. Welcome to Greece!
Overnight in Athens (D)

The majestic Parthenon, the Propylaia gateway and the Temple of Athena Nike await you today at the top of Acropolis for a professional guided tour! Afterwards we will expand our knowledge in the new Acropolis museum, a super-modern, glass-walled building, set at the footsteps of the ancient Acropolis.
Next on our program is an e-bike experience through some of Athens’ best places!
Starting from the hill of the Nymphs, we’ll stop and enjoy amazing views of the Acropolis from Pnyx. From there we downhill towards Aerus Pagus and the ancient Odeon of Herodes Atticus. Our e-Bike Tour continues via the aristocratic Dionysiou Aeropagitou Street and pass from the Dionysus Theatre. Next stops, the Temple of Olympian Zeus, Handrians’ Arch, the Evzones Guard and the Parliament for some intensive photo shooting!
On our way to the Presidential mansion and the Panathenaic Stadium, we cycle through the National Garden, perfect stop for some rest.
Heading towards our finishing point, we e-bike through picturesque Plaka and the Aerides district, the Tower of the Winds and the Roman Agora. Downtime and dinner in a special place!
Overnight in Athens (B,L,D).

After our mighty breakfast, it is time for a magnificent road trip having as our destination, Prionia at an altitude of 1.100m in the National Park of Olympus. Drowned in vegetation and cooled by the waterfalls of the Enipeas stream, Prionia’s fresh mountain breeze gives its warm welcome immediately with a delicious lunch at a small wooden tavern. The route from Prionia to Spilios Agapitos refuge is the most frequented hiking path on Mount Olympus and makes up a part of the E4 trail. Most of the hike is through a thick forest of pine, beech and fir trees, and the path is in good condition. We make our way up to 2.100m altitude and reach the refuge, located at a cozy terrace with an eagle’s eye view down to the gorge and up to the summit region.
Overnight on Mt. Olympus, Refuge Spilios Agapitos. (B,L,D)

From the refuge, a zigzagging trail brings us just under the mountain’s main summits. From there we have two options according to participants fitness and weather conditions: We either climb first Skala at 2.866 meters and then crossing a narrow ridge climb to the summit of Skolio at 2.911meters. Or if weather permits and there is no snow, we ascent to the main summit – Mytikas (2.918 meters), Greece’s highest peak, following a narrow gorge (it involves about 1 KM of scrambling, 4-5 hrs walking on narrow paths and an altitude gain of 800 meters ).
Being at the top of Olympus, Greece’s highest point should not be taken lightly, what better chance for a group photo and some selfies! After a short rest and enough time to feel the energy and importance of our achievement we begin to descend back to our hut for our overnight. Overnight in Mt. Olympus, Refuge Spilios Agapitos (B,L,D)

Breakfast and coffee on the refuge’s terrace, enjoying for the last time the breathtaking views of the peaks as they glow in the rising sun light. We have to hike back to Prionia and after a 4 km drive, we make a stop at the famous St. Dionysus monastery. Built in the 14th century and devastated many times, it has been recently restored and open to visitors. Just a few steps down a wooden stairway, there is the bank of Enipeas, where we can dip in the sparkling crystal clear water. After our lunch in Litochoro we begin in the afternoon our trip to Meteora. Prepare yourselves for the special feeling of the first moment the rock pinnacles will come into view… Light evening walk and dinner overlooking these majestic formations of mother nature.
Overnight in Meteora area (B,L,D)

The rock formations of Meteora are an extraordinary phenomena. In order to appreciate the power of the natural forces that shaped this spectcular landscape is walking right into it. As promised, today we will have the privilege of experiencing Metora in a unique way.
We will enjoy breathtaking views from the top of the rocks and learn about the history and the geological significance of the area. Our hike starts from St. Nicolas Monastery in Kastraki village, following the same old paths the monks used to use, amongst the tall rock-towers. We pass beneath the monastery of Pantocrator and then via a lush forest path to the Monastery of “Ypapanti” and the ruins of St.Dimitrios. Afterwards our trail turns uphill and after a short walk it takes us to the cliff top monasteries Varlaam and Great Meteoro so that we can visit one of them. We then walk downhill to Kastraki through the rocks by the ancient path used by the monks, passing next to the cave of St. George Mandila where every year climbers hang their scarves.
After our delicious lunch at the tavern of a Greek who made quite a political career in the US, we take the road to Aristi (Zagori area) for a beautiful rafting experience in the crystal clear waters of river Voidomatis! Overnight in Aristi Zagori (B,L,D)

This day is dedicated to Vikos Gorge! This phenomenal natures wonder consists of limestone and dolomite formations dating back to 150 million years ago and vertical walls extending up to a height of 1700 meters. Carved over millions of years by the Voidomatis River- a tributary of the Aoos, is part of the 12,600 hectare Vikos-Aoos National Park and has been listed in the Guinness book of records as the deepest canyon worldwide in proportion to its width. The trail is ascending and descending, surrounded by steep mountain tops and dense forests, which consist mostly of deciduous trees, with about 1700 plant species and subspecies. The so-called Vikos herbal practitioners used the gorge’s herbs to heal all sorts of aliments and were famous throughout Greece for that. Overnight in Aristi Zagori. (B,L,D)

Transfer to Ioannina, the capital of Epirus and short flight (40′) back to Athens airport (or to any other destination in Greece).*
End of services. (B)

*On this final day we can transfer you to any other point of Greece or extend your program to the Greek islands.

Price is based on a minimum attendance of 4 people.

Please consider taking along the following items on your trip. This is not a fixed list, but more of a guideline, so feel free to add and remove items as you see fit. Greece has a temperate climate. Base your clothing on the “layering system”, if it is hot you can “peel off” layers quickly, if it is cooler and windy you can quickly “dress up”. 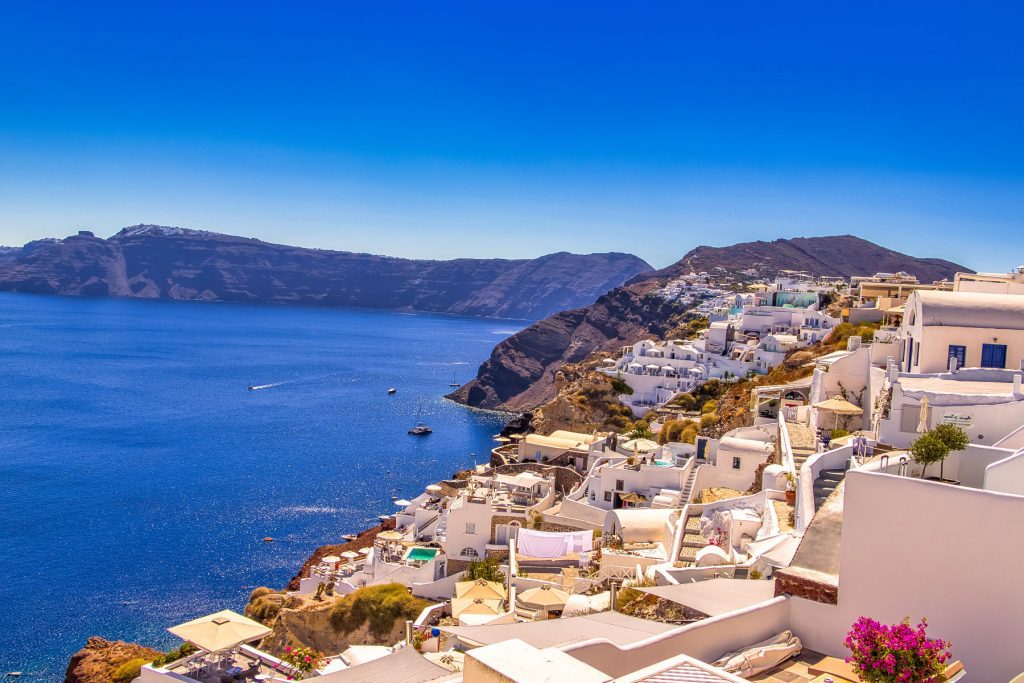